Check Out Our Most Popular Article! 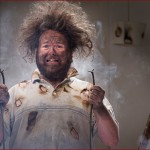 If you’re fortunate enough to own a beautiful period property and have decided to restore it yourself, make sure you avoid these costly mistakes that will ruin a period property. Not only will they set you back hundreds or thousands of pounds to fix but in some cases, you may also find you cause irreparable damage to the property that you can never resolve.

#1 Not carrying out any essential maintenance work

To avoid incurring huge repair bills, as a building owner you should keep gutters clean by getting rid of leaves in autumn, maintaining the flashings, replacing the tiles, and roofing slates. To prevent decay, you should also prevent water from entering the building fabric by ensuring that the chimneys are pointed and capped properly. This is important especially if you are keen to protect a building’s historic fabric.

Condensation usually causes decay. To avert this, ensure that all sub-cavities and cellars are properly ventilated. Weeds, on the other hand, should be removed from the air bricks and vents. Other sources of water in the building like shower trays, washing machines, pipes, and other fixtures should also be inspected for leaks. If leaks are spotted they should be sealed. This one could easily ruin a period property!

#2 Using Cement Instead Of Lime For Mortars

Traditionally constructed brickwork is usually reinforced by soft lime mortar. This makes it very flexible. The face of the brickwork and soft stone can, however, fail especially when it is bedded in hard cement which will restrict its movement. This is because there is considerable stress on the wall surface bound by the cement. Cement mortars also being impermeable will hardly allow the structure to breathe. This means that any trapped moisture in the brick or stone will be forced to evaporate, an incident that may expose the stone or brick structure to deterioration.

Cement mortars usually have different traits. They vary both in detail and color as well. In addition, they can either be smeared across edges of stones or projected forward from wall surfaces. This change in application is what generally alters the appearance of the entire wall. A house made of timber and then re-rendered with hard cement will eventually undergo extensive decay. This is because rainwater will seep through the walls through the junctions of the panels with timber. And since the hard cement restricts the rainwater, this will result in evaporation causing decay.

#3 Painting Or Coating Surfaces Which Were Originally Left Natural

In walls where evaporation is mainly concentrated around salty surrounds, the salty will eventually crystallize resulting to decay. This is a feature that is notable with non-porous modern paints, stone consolidated, and cementitious coatings. Such walls do lock moisture in them forcing evaporation to occur. In an inside wall where moisture is forced to evaporate, damp patches will be seen. The increased moisture levels at such areas will then cause certain materials particularly timber, daub, cob and other earth mixtures to rot.

The pattern and color of brickwork and stone is usually hidden by non-original coatings. Claddings like pebble-dashing and stone cladding, however, make old buildings appear ordinary and modern. Modern coatings and other cementitious coatings also contribute a lot to making buildings look new. Salt crystallization around cracks generally leads to localized stone decay. This happens when moisture evaporation from a wall is concentrated around an impermeable coating. Questions are usually raised here especially where color is used to emphasize the drain pipe.

Where reproduction features and other items never meant for use anywhere in a building are added, old structures usually appear phony and cheap. Still, when carriage clamps are attached to either side of the front door and external shutters fixed to the walls, they undoubtedly serve no purpose. Even glass panes fixed on old buildings make them seem fake. There are also other features that make a genuinely historic building look absurd. Fancy things such as stuck-on strips imitating leaded lights, fanlights within the door, black rubber seals, and press-molded panel moldings also make an old structure look strange.

When features of a structure have been restored where they never existed before, it is difficult to clearly define the history of such a building. An example can be given of where the once simple and functional features in the basement, attic room, and other rooms are replaced by fine plasters moldings. All these features which look old-fashioned are used to make a building more modern. The historic element of an 18th-century cottage can therefore not be recaptured. This is a sure way to ruin a period property.

It is pointless to use replacement windows because decay is usually concentrated on the bottom few inches of the frame. Therefore, when repairs are undertaken new timber windows will also rot and at an even faster rate compared to the original ones. There is also no need to get rid of all timber just because there is a visible sign of dry rot. This is usually devastating. Besides, even the reintroduction of ventilated and dry conditions will still hamper its growth.

A replacement of old and original structures is barely necessary. What should be done instead is to repair and stabilize the once distorted buildings. In most cases where plastic windows are used to replace old windows they usually fail to match the exact appearance of the old windows. This is because they have heavier and larger sections compared to timber windows. They also have fine glazing bars that are difficult to incorporate and the black rubber gaskets are visible around the glass. Just like paint plastics are also susceptible to disfiguration and scratches gradually, a feature that does not make them “maintenance free” as previously thought. Therefore, they have to be repainted regularly to preserve their appearance.

The most gentle air abrasive cleaning and stone blasting usually distorts the surface of brick or stone. Such methods should not be applied on timber especially when applied by the wrong person. Chemical cleaning agents like alkalis and acids usually react with dirt layers, brick, and stone leaving harmful residues behind in the process causing damage.

Even water at low pressure can still affect brickwork causing surface staining and salt crystallization. In extreme cases, this leads to decay of the brickwork. Glue can also be removed from joints and wood damaged through paint-striping when doors are immersed in caustic baths. Though this the cheapest way of removing paints from doors, it greatly damages joints and timber.

Unless you reinforce the structure, rafters in a building can bow and eventually collapse under the considerable weight. This usually happens when slates are replaced with concrete roofing tiles. Loads can also be moved to other parts of the building if part of the structure is underpinned. This will worsen the damage. The roof can also collapse or spread if the horizontal beams running at eye-level across the attic at right angles to the ridge are removed. The final damage will be hastened if the walls, the chimney breasts, and other important structural features of the building are removed. This sums up 7 Ways to Ruin a Period Property. Let us know what you think in the comments!

link to Understanding Pitch on a Roof

What is Pitch on a Roof The pitch on a roof is really simple once you understand how to calculate it. After this article roof pitch is something you should never have a problem with. A 1/12 pitch...

Replace Vs Restore Old Furniture You may look around your home and think you need rooms full of new furniture, but you might simply need to repair and refinish a few pieces. You can save money when...

We're here to offer you free tips and advice on all types of building, remodeling, restoring, and DIY projects. The Period House Guru was started in 2014, and we have been growing ever since. Feel free to comment on any of our articles, and we'll get back with you!

This site is not designed to and does not provide professional advice, opinion, or services to you or to any other individual. Through this site and linkages to other sites, we provide general information for educational purposes only. The information provided in this site, or through linkages to other sites, is not a substitute for professional advice and you should not use the information in place of a visit, call consultation or the advice of a professional in the relevant field. We are not liable or responsible for any advice or other information, services, or product you obtain through this site.